After the rain last night there was a dramatic change in the ground cover this morning, from dull green and brown to vibrant colour. 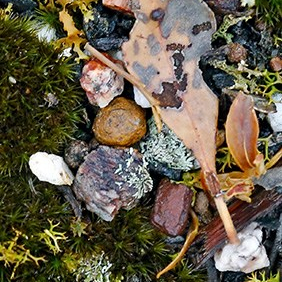 The numerous Christmas spiders and their webs survived the rains as did this Golden Orb-Weaver. The small spider is the male of the species.

Posted in Fungi, Mosses and Lichens, Spiders | Leave a comment

Last week I came across this mating pair of Caper White butterflies Belenois java teutonia resting on a Chocolate Lily that had gone to seed. The female (lower one) is a bit larger than the male and has wider black borders on wings.

The Caper White Butterfly Belenois java teutonia is a seasonal spring migrant to Victoria and SE Australia from NSW, central Australia, Queensland and South Australia where their host plants naturally occur. Larvae feed exclusively on their host plant which includes the shoots and leaves of the Native Orange Capparis species and native Currant Bush Apophyllum anomalum both of which do not occur in Victoria. They can also breed here on ornamental plantings. (Elaine Bayes provided me with this information.)

It was looking a bit dry there for a while but rain earlier last week has made the ground cover look vibrant again and revitalised moss and lichens. 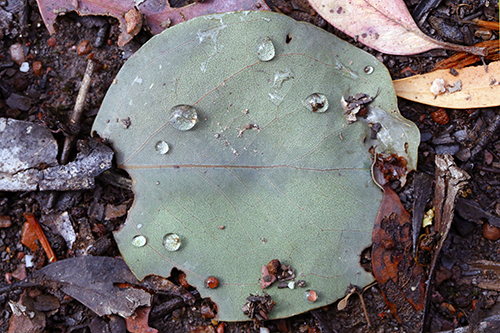 Posted in Fungi, Mosses and Lichens, Uncategorized | Leave a comment

I noticed this attractive looking plant at the north end of the Reserve a while ago which I didn’t recognise. Frances Cincotta with the help of Bonnie Humphries identified it as Toadflax Linaria purpurea, unfortunately a weed. It is native to Italy, but it can be found growing wild as an introduced species elsewhere in the world, and it is cultivated as an ornamental plant.  The shallow roots made it easy to pull out and I hope I’ve got it all. 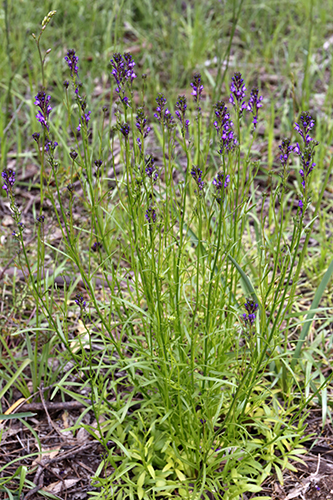 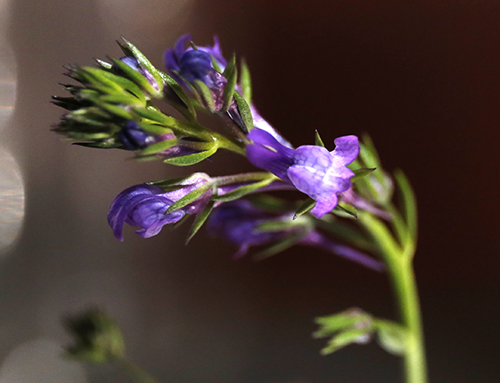 Another plant which I didn’t recognise turned out to be Miner’s Lettuce Claytonia perfoliata.  It is native to North America, most common in California and was eaten in the Californian Gold Rushes to stave off scurvy, thus the name. It is widely naturalised in western Europe and is grown as a salad vegetable in Australia.

Chocolate lilies out in mass

From late winter onwards the Chocolate Lily Dichopogon strictus is normally fairly prolific in the Reserve  This year the ground coverage and flower display has been extraordinary. 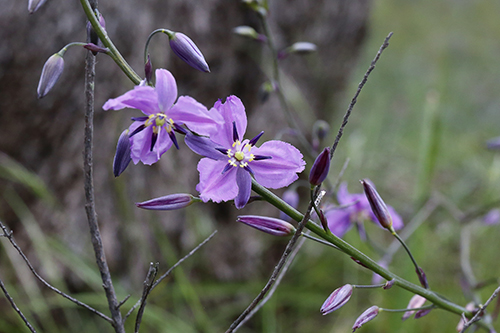 Eucalyptus leaves decompose slowly, especially in dry weather. During the decaying process they change colour and are often munched on by nymphs, grubs and caterpillars. Here are four leaves I found recently with interesting markings and colours. 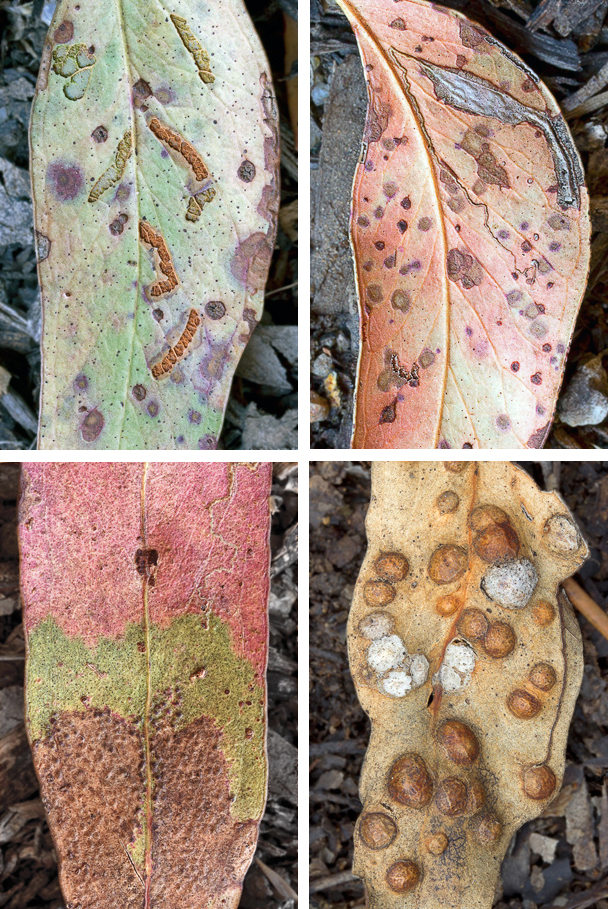 Yesterday the sky was overcast but shortly before sunset the bush was lit up by an intense golden light. I’ve seen many sunsets here over the years but nothing quite as brilliant as this. 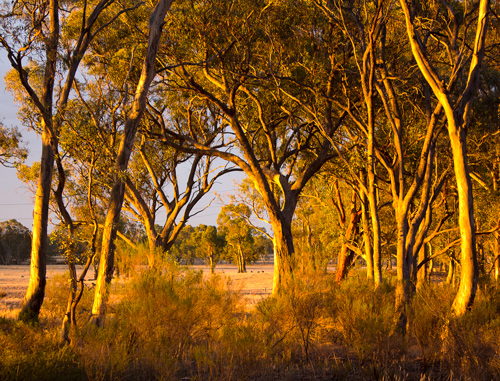 The photo below is not smoke from one of our recent bush fires. It is the same bush on a foggy morning 6 months ago.

One of the main reasons the bush looks so different after rain in summer is the greening of moss. Prickly moss Polytrichum juniperinum is a species that exhibits remarkable change. Below is a dry patch on the track on 30 November.

The photos below are of the same moss the next day. There had been about 5 mm of rain overnight. 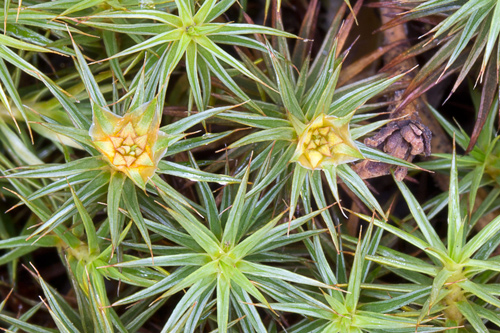 Some other examples of brilliant colour in a variety of moss are shown below. They were also taken on 1 December. 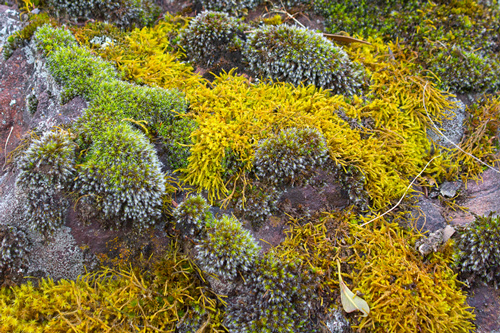 Posted in Climbers and Creepers, Fungi, Mosses and Lichens | Leave a comment

Fortunately the Reserve doesn’t have many weeds. I did notice one Wheel Cactus Opuntia robusta recently. This weed is prevalent a few kilometres east in Nuggetty and Barringhup but I haven’t noticed it around here until now. 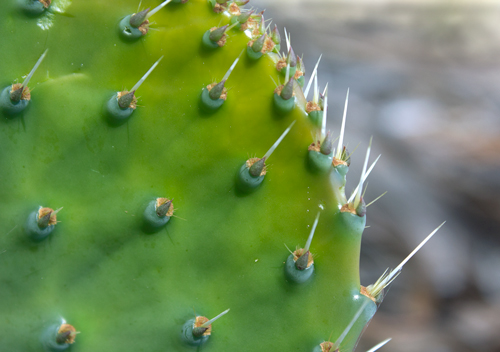 Quaking-grass Briza maxima is a weed of European origin. It differs in appearance from most local weeds and is often mistaken for an indigenous plant. As in the case of another out of control weed, Gazania, it is sometimes sold in nurseries. Quaking-grass is reasonable widespread in the Reserve.